After winning the world's best camembert title, Agropur is named the maker of the best cheddar in the world!

Agropur Grand Cheddar Aged 3 Years also made the list of the Top 20 cheeses in the competition across all categories. 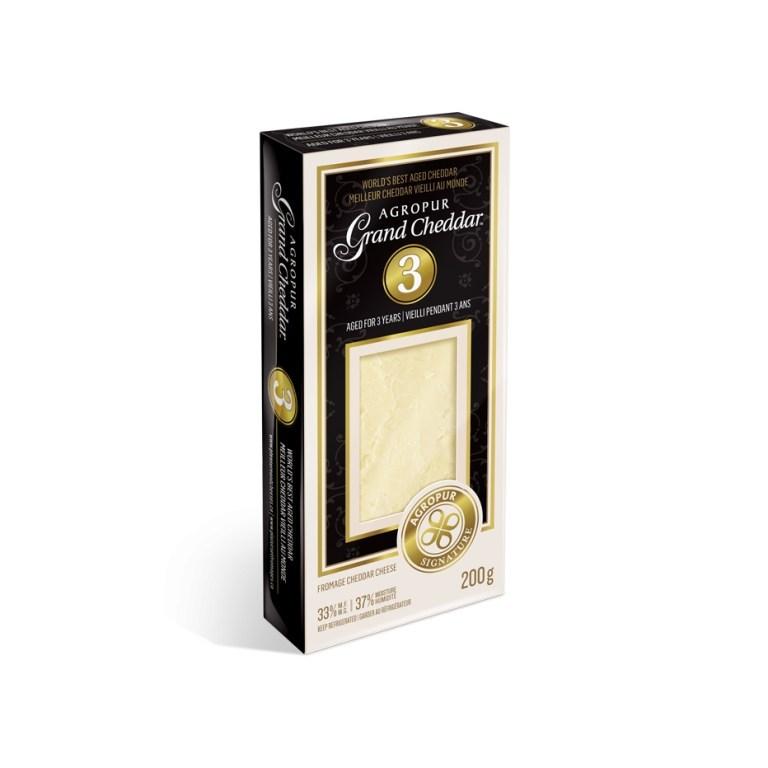 The Cooperative won a total of 13 awards at the 2020 edition of the major international cheese competition, including 6 gold.

Agropur also shone in the Mild Provolone category, sweeping the top three places with cheeses made at its plants in Luxemburg and Lake Norden in the United States. The jury was similarly impressed by the Smoked Provolone from Agropur's Luxemburg plant, which took first and second place in its category.

Feta produced at Agropur's Weyauwega, Wisconsin plant took home the top prize in the Feta category for the fourth consecutive edition, while Fat-Free Feta from the same plant picked up the gold medal in the "Lowfat Cheeses" category.

The biennial World Championship Cheese Contest is the world's largest technical cheese competition. A jury of 55 experts recognized by the world's top master cheesemakers assesses all technical aspects of cheeses from the best cheesemakers in 26 countries.

Agropur Cooperative is a North American dairy industry leader founded in 1938. With sales of $7.3 billion in 2019, the Cooperative is a source of pride to the 3,024 members and 8,800 employees who work together in pursuit of a shared vision: Better Dairy. Better World. Agropur has 38 plants across North America and boasts an impressive roster of respected brands and products, including Natrel, OKA, iÖGO, biPro, Agropur Grand Cheddar, Olympic, Farmers, Island Farms, Sealtest, Lucerne and Québon. www.agropur.com