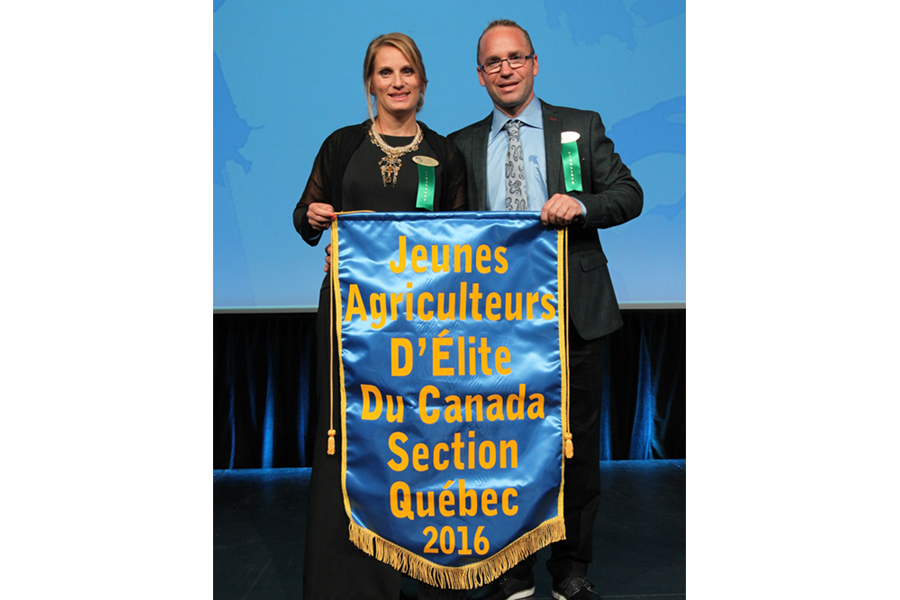 Event held on August 31 at CentreExpo Cogeco in Drummondville

The winners of the 35th Canada's Outstanding Young Farmers' Program, Quebec section, were announced on August 31 at a gala at CentreExpo Cogeco in Drummondville. They will go on to represent Quebec in the national competition, the winners of which will be announced on December 2.