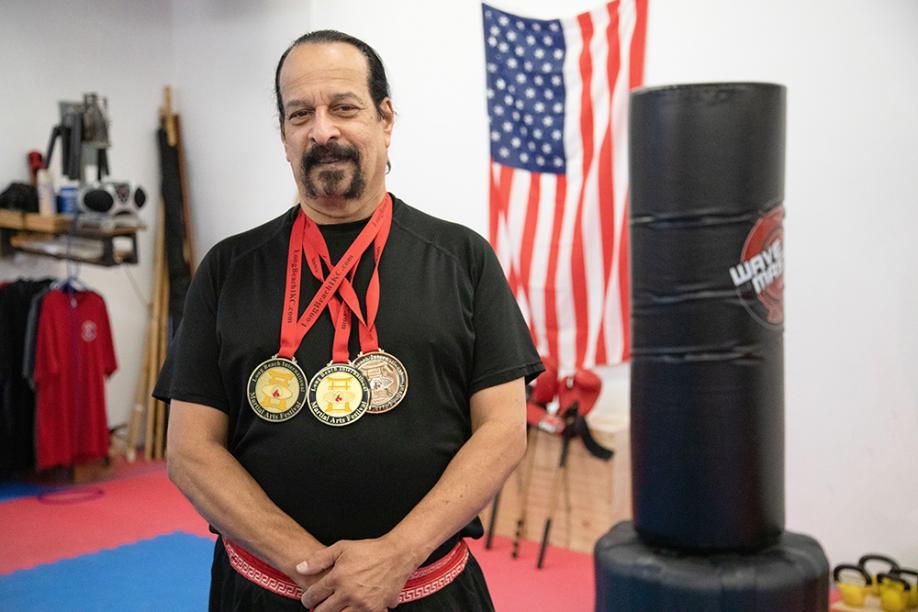 Julio Hernandez is nearing retirement but slowing down is not in his future.  Every morning he wakes up at 4 am, he makes a BiPro® 100% Whey Protein Isolate shake, and he heads out for a five-mile run.  Rain or shine, Julio spends each morning running through the serene village of Chaseburg, WI.  A morning run has been part of Julio’s routine for 35 years and is where he finds the energy and focus for the remainder of his day.  Julio works as a Canning Line Operator for nutritional products, including BiPro whey protein powder; since starting this job in 2016, has never even looked at a paycheck.  He reserves these for his 18-month-old granddaughter’s education fund.  In the evening Julio teaches people of all ages and skillsets at Riverbend Taekwondo, where he also continues his own training.

Julio is a 9th degree Black Belt and a Grand Master in his craft. He earned his first Black Belt in 1968 in the San Francisco area, training under Eric Lee (Kung Fu) and then Al Dacascos (Kajukenbo).  Julio trained seven days a week, six hours a day for three and a half years.  He was one of four martial artists selected to perform at actor and cinema icon Bruce Lee’s funeral.  Here the group put on a special performance for the Lee family.

The road to becoming Julio

When Julio talks about how it all began, his face lights up the room.  “My dad was my hero.  He was a Sargent Major in the Army.  I would go to the gym with him and watch everyone train.    This is where I started to pick up on their skills as I practiced from the sidelines.  My dad took notice and insisted I solicit formal training.  When I began training, it was 25 cents a week, which was a lot for a kid in the 60’s.  I mowed lawns and washed cars to earn money and soon was training seven days a week for 10 cents, as long as I cleaned the gym!”

In the 1970s, Julio began his work in event and personal security in the Los Angeles area and continued training martial arts stunt coordinators, preparing them for work in martial arts films.  Among the countless clients Julio provided security services for, his 13 years as Ozzy Osbourne’s exclusive bodyguard top his list.  To this day, Ozzy is still number one on Julio’s workout and training playlist.

Julio is also a trained chef and the owner of several BBQ trucks used for catering events in California.  It is here Julio learned the joy of paying it forward; something he carries with him each day.  “I had a man come to the back door of the truck one evening when we were working a rodeo.  He told me he didn’t have any money and asked if he could wash dishes to feed his family.  He had six children with him.  I sent him around to the front of the truck and told him this meal was on me, that he didn’t owe me anything and that one day he might do the same for someone else.  Six years later, I was at a restaurant when my server told me my meal was taken care of and pointed out a man across the room.  I went over to shake his hand and thank him for the meal.  He said, ‘you probably don’t remember me, but six years ago you fed my family at a rodeo.’ I found out that he had become a lawyer.”

How a move to Wisconsin connected Julio to Agropur & biPro®

Marriage brought Julio from California to Wisconsin, where he and his wife could be close to her family.  His passion for people, food, learning, and discovery made working at Agropur Ingredients, the manufacturers of BiPro® Protein, a natural fit.  “I take pride in everything I do, and I learn from the process, no matter what it is.  I learn every day at work.  I study our ingredients and our products, and this is how I discovered BiPro ELITE Whey Protein and the reason I use it every single day.  I know exactly what ingredients we put in BiPro ELITE Whey Protein and the care that goes into every bag.  I was looking for something clean and low in sugar that would boost my energy and help me focus all day.  I found that in BiPro ELITE Whey Protein.”

In 2018 Julio tested for his 9th degree Black Belt.  This test took 12 hours with three 15-minute breaks.  “I’m used to that.  When I started at Agropur, that was my shift.” He says with a smile.  It took nearly five months for him to get the results at which point he received an invitation to Salt Lake City, UT for a Grand Master Black Belt ceremony where he was surprised with this honor.

The one-word Julio uses to describe himself is happy.  He can connect with anyone in a matter of minutes. He believes in creating strong links with the people around him, regardless of where he is and what he is doing.  He uses Facebook and will reply to anyone who reaches out to him. He has traveled the world, received the highest honors a Martial Arts athlete can receive, and yet remains as selfless and down to earth as they come.  His mantra comes from his Martial Arts weapons prowess. “Keep your spear bent and your chain straight,” Julio explains his mantra as a bent spear demonstrating control in motion and a straight chain signifying power both physically and within, to excel to the next level in anything you do.

For someone who lives such an extraordinary life, Julio’s message is simple; be humble and be kind to your fellow human beings.  This retirement will be Julio’s second, as he came back to work shortly after moving to Wisconsin. He plans to teach more Martial Arts classes and Cardio Kickboxing.  More than anything, his favorite part is watching his students grow by working through challenges and building confidence.  He will tell you attitude is everything, common sense is key, and above all, anything is possible using the power found within. 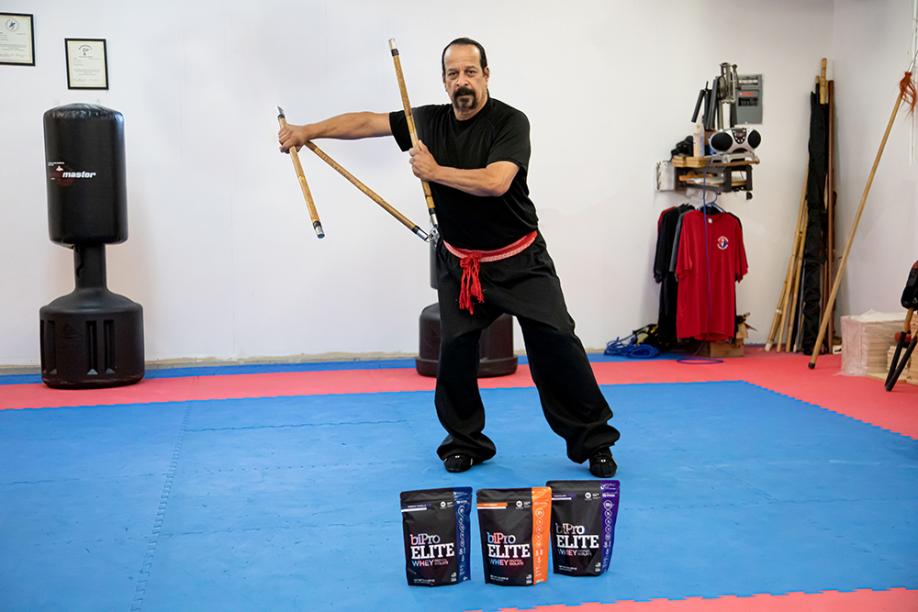