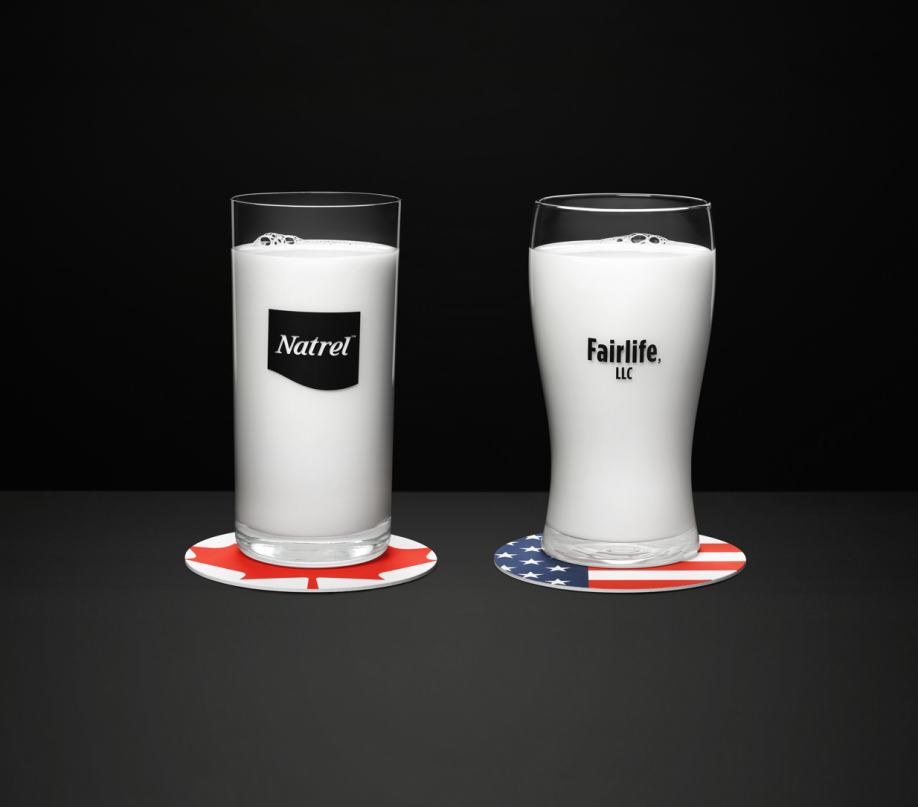 The Canadian government didn't wait for the new trade agreement to be ratified before opening our borders to US milk. Coca-Cola's Fairlife brand has been allowed to sell its "made in USA" milk in Canada for several weeks now under a special permit granted by the government.  In response to mounting concern among about the origin of the milk you're drinking, Agropur's Natrel brand has launched a 100% reassuring campaign that asks Canadians a simple and direct question:

Is your milk 100% Canadian or 100% American?   The campaign will also reassure our consumers about the integrity of our raw material. It will run on the Web, in newspapers and magazines, and on social media.

The campaign echoes the message of pride that we are currently broadcasting in our commercials, which remind consumers that "When you buy products from Agropur, you're choosing to contribute to the Canadian economy."

Choosing one of these brands feeds the pride of our 3290 dairy farmers, nurtures our passion and supports the economic vitality of Canada's rural communities.