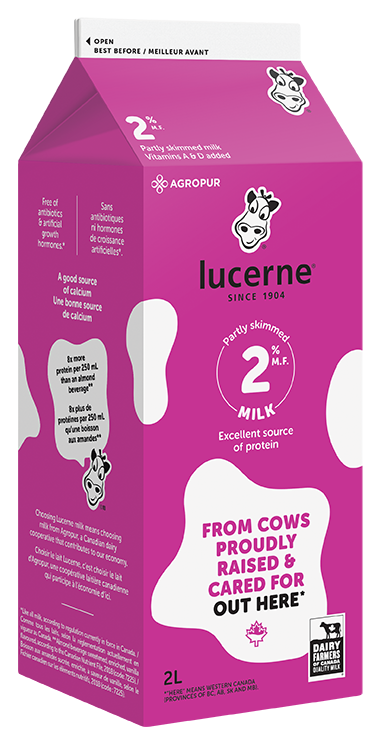 The goal is to increase brand awareness and build the familiar Lucerne name into a stronger brand with greater consumer drawing power by emphasizing the local factor.

Phase 1 of the Lucerne rebranding began on August 14 with the appearance of products sporting the new look in Sobeys and Walmart stores. The catchphrase “From cows proudly raised and cared for out here” on the carton underscores the fact that Lucerne milk is locally sourced.

In addition to the packaging, an advertising campaign launched on September 2 also highlights the brand’s local character. The campaign is running on multiple platforms in Manitoba and B.C., including TV, the Web, billboards and in-store.