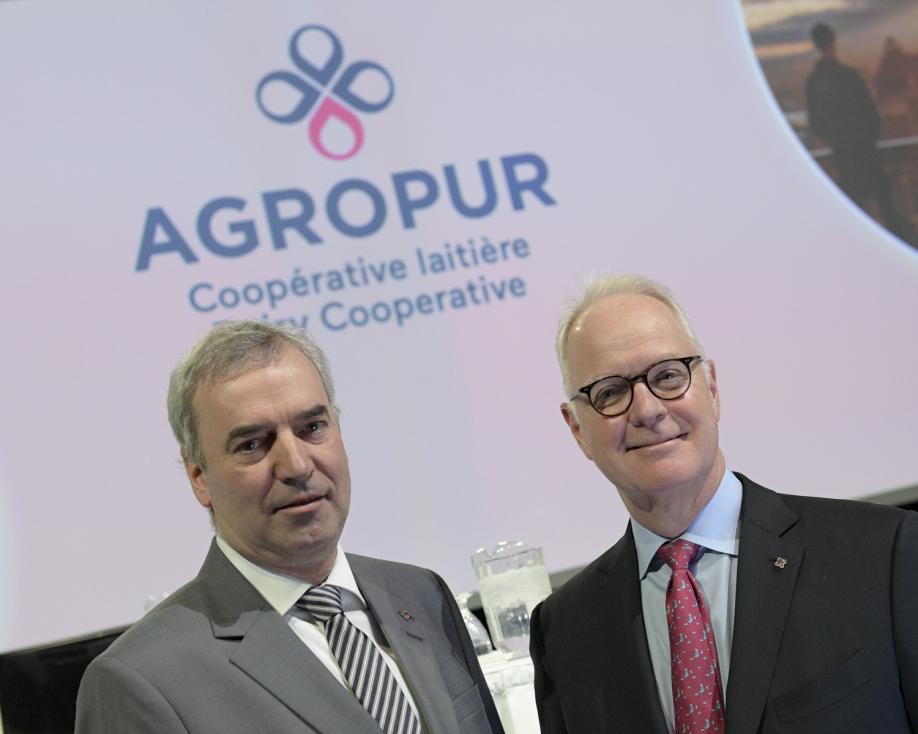 On February 13, Agropur Cooperative held its 80th Annual General Meeting and announced sales of $6.7 billion, a year-over-year increase of 4.7%.

During the past year, the Cooperative continued its progress, expanded its footprint in the U.S. market, grew its market share in Canada, and achieved further operational efficiencies. The Cooperative founded in Granby is now a North American player and one of the top 20 dairy processors in the world.

Agropur made significant investments in its facilities in 2018. Most notably, its plant in Lake Norden, South Dakota is being enlarged to triple its capacity. In all, Agropur has invested more than $1.3 billion in property, plant and equipment over the past five years, 56% of it in Canada and 44% in the U.S.

Consumer response to Agropur products remained positive. Agropur’s brands maintained their growth and many gained market share during the year. Natrel held its status as the Canadian leader in the fine-filtered, lactose-free and organic categories. iÖGO, which turned 6 during the year, is the favourite brand of millennials in its segment.

To support its efforts to leverage innovation as a growth driver, Agropur launched Inno Accel, the first dairy business accelerator in North America, in 2018.