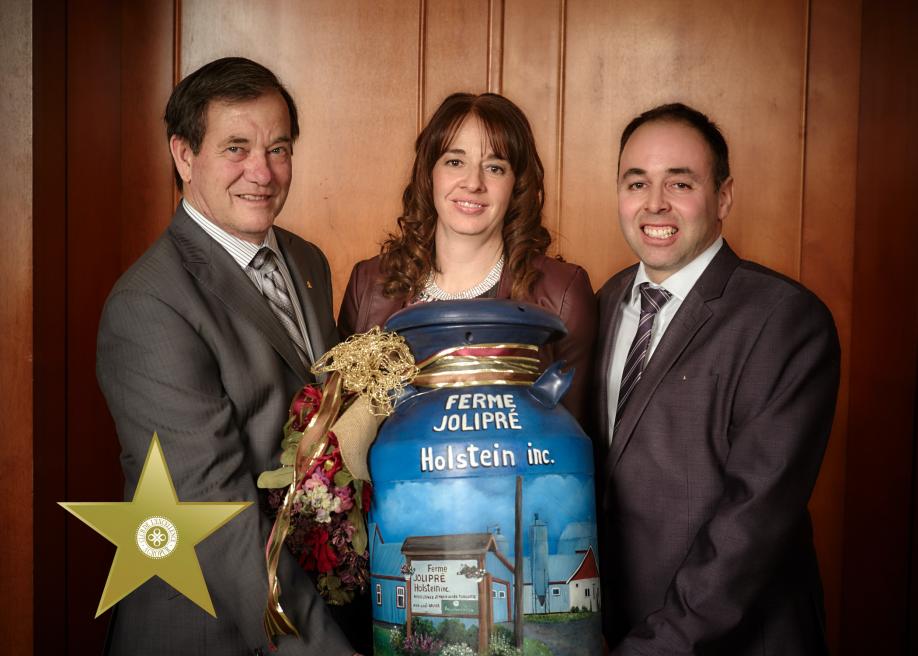 The event, held under the theme "The red carpet of quality," paid tribute to dairy farms that recorded the best milk quality results among Agropur members.

The cream of milk production

Ferme Jolipré Holstein Inc., located in Saint-Moïse, Quebec, distinguished itself by achieving the best overall combined result for milk quality and farm inspection. The farm, owned by Marie-Josée Turcotte and Régis Lepage, has a herd of 80 Holsteins, including 45 lactating cows which produce an average of 10,508 kg of milk per animal. An honourable mention was also awarded to Braefield Farm, located in Penobsquis, New Brunswick.

Chosen among all members in Quebec, Ontario, New Brunswick, Nova Scotia, and Newfoundland and Labrador, these new champions have been inducted into Agropur's Club of Excellence. Since its creation in 1988, the Club of Excellence has welcomed more than 2,000 award winners into its ranks. All Agropur members are eligible to enter the contest and a rigorous selection process is used to determine the winners.

Quality at its best

"The Club of Excellence has helped instill a true culture of milk quality, without which achieving such remarkable results would have been unthinkable. I am extremely proud that our leadership in this area is recognized not only in Canada but also the world over," said Serge Riendeau, president of Agropur.

A leader in the field of milk quality, Agropur promotes best practices and has worked hard to support milk producers. For example, Agropur was the first private organization in Canada to purchase a Bactoscan. This device allows members to have access to milk sample analyses comparable to those of the government, with a view to continuous improvement.