Check out our most up-to-date highlights and get acquainted with our great achievements of the past year. 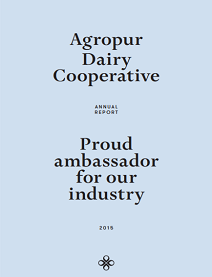 Proud ambassador for our industry

Agropur can be proud of its rich contribution to the communities where it is present, the reduction of its environmental footprint, and its commitment to human values, which is at the core of its values. 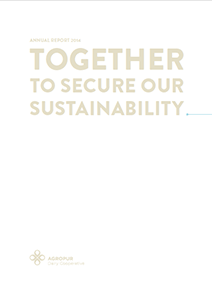 Together to secure our sustainability

Agropur’s 2013 Annual Report marked the Cooperative’s 75th anniversary and underscored the passion and vision that have spurred our members and employees since 1938. 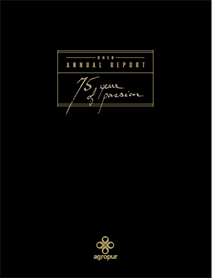 75 years ago, our founding members, visionaries who fully understood the power of cooperation, created the Société coopérative agricole du canton de Granby. They already shared a lofty vision for their new organization, stating: “The Cooperative has no borders”.

Builders of a very promising future

2012 was a pivotal year, in which Agropur turned its focus toward creating an even more promising future built around the unifying theme: “Together to win”.

Agropur, a major player in the burgeoning cooperative movement. 2012 will be a significant year for cooperatives from all over the world, as the United Nations (UN) has declared 2012 to be the International Year of Cooperatives.